The original directory for free horoscopes and astrology information

As the twelfth sign of the zodiac, Pisces represents the twelfth and final stage in the evolution of man and his place in the universe. Here, the desire is to use all that has been learned and assimilated in order to gain perfection; of man as an individual and humanity as a whole. This perfection leads man to his rightful place in the universe. Though not all Pisceans occupy their time with such lofty aspirations as attaining their rightful place in the universe, the notion of perfection is a strong factor in their personality. They find it difficult to deal with people and situations that do not live up to their idealized images. It isn't that they can't see things clearly, they just don't want to accept things as they really are. Seeking greater perfection than the real world is capable of producing, they often turn to religion or other spiritual and philosophical disciplines. Full zodiac sign characteristics...

This week's horoscope is highlighted by your ambition and someone higher up recognizing your potential. It's a point in your favor if you don't exaggerate your accomplishments too much. You tend to get ahead by taking on more responsibility. Just be careful not to encroach on someone else's turf. A new offer may come your way, either from right where you are or from far away. Talk it over with your buddy, as it may involve a move or relocation. Although you are in a light-hearted mood, it will be difficult to maintain your balance during this emotional time. You may have to cancel a date you've been looking forward to, as other matters closer to home may demand your attention. Children may cause temporary tension. Partners may not be as cooperative as usual. Not to worry, there is light at the end of the tunnel. Read your full weekly horoscope...

Information for other zodiac signs:

Use the buttons below to go to the different categories for the other zodiac signs. You might want to check out the horoscopes for your romantic partner or business associates. 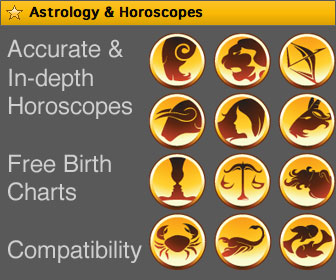 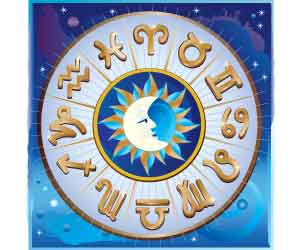 Copyright by Euregio.Net AG, © 1996-2023 -- Privacy Statement -- For entertainment purposes only
EasyScopes® is a registered trademark of Euregio.Net AG